IT'S BEEN A WHILE

My last blog post was in 2015. It was also the same year that  our daughter went off to college. As empty nesters, hubby and I have been taking our time enjoying each day as we began to "know" each other all over again.

During this time, I have also revisited a passion of mine and started painting art on days that I'm not in the hospital. I have to say, that after being in the medical field for almost 30 years, the world of art has given me new opportunities to grow and meet new people who could care less about hospitals. So refreshing.

This new found energy became a determining factor in my decision if I should go to NP school or not. And I tell you, the decision to give up my sit in the NP program was well worth it because I'm having the time of my life right now.

I'm still a nurse 3 days a week, but, I'm arting the rest of the time. Between the two, i find myself well occupied and having time fly while having a great time. 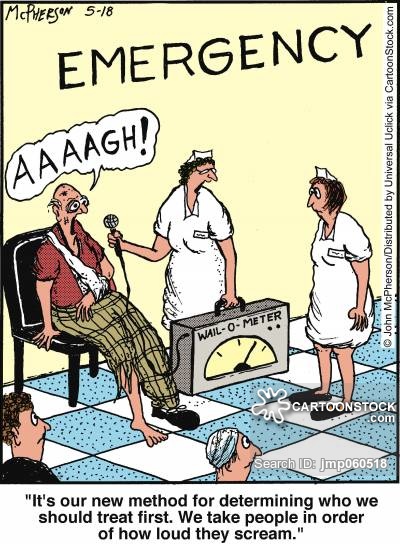 The familiar sights and sounds of a telemetry nursing floor slowly becomes a part of you. The dinging sounds of the IV pumps, the call lights twinkling like Christmas lights and patients moaning and yelling becomes an indicator that yes, they still have fight in them.

But what happens when these sounds of "fight" becomes a nuisance to your fellow nurses and they in turn becomes your source of aggravation?

I would like to say that I am an emotional nurse. Especially when it comes to my patients. I treat my patients as an extension of myself with no regards to age, sex, religion and ailment. I really do treat them as a part of me.

I was taking care of an 89 year old female who had stage 4 lung cancer. bedridden, and had lost her ability to communicate in a "normal" manner. She started moaning in a constant manner and it got louder, and softer, and loud, and aggravating. She had poor prognosis and was just basically hanging out with us until the family can decide when to transition to hospice care.

The sound she made was a constant reminder for me that she has something to say. She might not know how to convey but somehow.....I can read between the lines. I would go into her room and talk to her, look in her eyes and see someone who's scared.

My CNA and I repositioned her, gave her mouth care and offered words of support and encouragement. She would stop making her sounds for a while and start back up shortly after we leave the room.

A surprise came my way when a new nurse came up to me and said, " Why don't you close the door?, she is bothering a lot of the patients and it's not good".

I was taken aback with this nurse's request. I get it. The sound was bothersome. But I can.t fathom the fact the idea of shutting the door on a dying patient is even an option!

"No sir. I'm not closing the door on my patient." was my answer. I proceeded to educate this new nurse on the kind of bedside nursing that I do. I expressed the fact that I do recognize that the noise can be a little bothersome but closing the door is like turning away from someone who's in REAL need.

This nurse said, 'It's not like she's going to get out of bed and fall". And I said I know, but I'll never know! I've seen things happen where no one though it could. Whether it's good or bad, I'll never know up until it actually happens.

I advocated for my patient for the rest of my shift. I didn't close the door and as a matter of fact, I kept it wide open. Some may see it as an act of rebellion but I saw it as keeping my heart open listening to the one who is not able to express clearly.

I can hear her.

I can feel her.

And as long as I'm hustling and bustling out on the floor, the new nurses who's priority is to finish charting early will learn a whole lot about interventions first, documentation last.

Was I wrong for not closing the door?

What would you do?

Posted by Chiqui Raveloski at 5:06 PM

Email ThisBlogThis!Share to TwitterShare to FacebookShare to Pinterest
Links to this post
Located Under: Bahala Na, Filipino Nurse In America, Food For The Soul
130 comments:

TIME GOES BY QUICKLY WHEN YOU'RE HAVING FUN!

We've all heard about the trials and tribulations of a floor nurse. I believe it is our nature to talk and kind of gravitate to the drama in a hospital setting! But I realize, that, most of the time, 4 out of my 6 patients do have a calm and uneventful stay.

I have never in my life felt like I was in a fetish flick when I was asked by a 450 pound woman to dig in her behind! I'm so sorry if this groses you out. But, It's true. It's what we at the bedside have to deal with all the time!

Granted she is able to move around and sit herself on the commode. But the problem was, she's not able to clean her behind after you know what because she cannot reach it. I remember a patient before who politely referred to the act as helping him " do the paperwork". 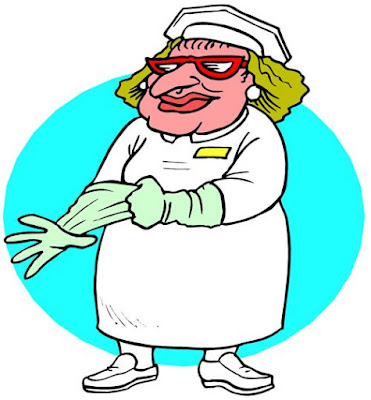 So, after triple gloving, yes, I did the inevitable.

I went home that day, thinking if there was any way at all I could have handled the situation differently.Should have I refused to do it? Should have I delegated the task to the CNA who is by the way, busy giving a bath, and let my patient wait to finish her paperwork. I thought of calling my charge nurse and tell her I was in another patient's room and let her handle the delegating.

But, my conscience took over me. I just did not have the heart to lie about this so I can get out of doing the primary step in Maslow's heirarchy!

What would you have done?

After its all said and done, bedside nursing is full of the good, the bad and the ugly. It will take you to places where you've never been before. It will make you dig deeper into your soul, and last but not the least, the paperwork never stops.

Email ThisBlogThis!Share to TwitterShare to FacebookShare to Pinterest
Links to this post
Located Under: Bahala Na, Filipino Nurse In America
47 comments: 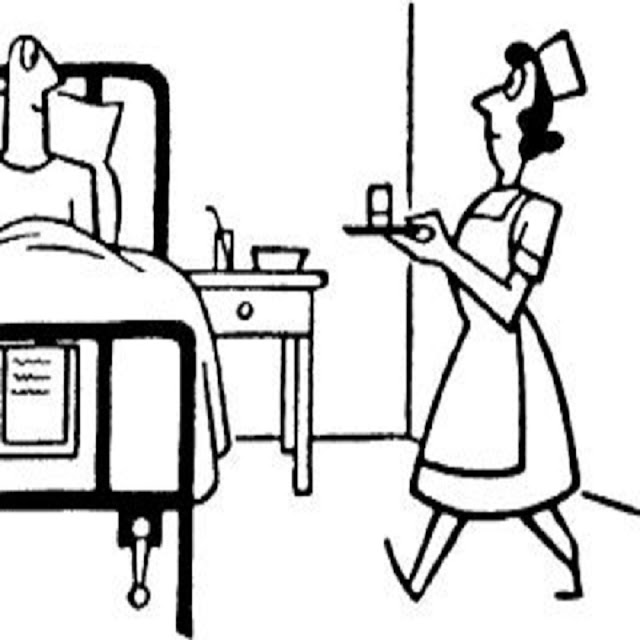 I went back to the world of bedside nursing 5 months ago.The 12 hour days full of adventures is becoming easier to handle as I maneuver back into the groove of things.

The last time I worked on the floor was 4 years ago. Paper charting was it! Thick heavy charts that you have to constantly look for takes up a lot of your time. Not only that, you almost need a degree in hieroglyphics or some shit, just to understand the physician's handwriting!

But not anymore, Electronic charting is the bomb. I was apprehensive at first, but as I learned where to click, copy, and paste, my workload seems more like a breeze! Everything is right there in front of me..Drawback? I feel like I'm losing my touch with narrative charting. Since everything is click, click , click, I feel like I'm not thinking anymore.

Maybe it's just me. What do you think?

I also like the use of Rovers to scan patients ID bracelet in conjunction with their medications that you have to give. It's like having another person with you doing the 5 Rights. How cool is that? But, the drawback is trying to find a Rover that's charged and ready to go. Most of the time, rovers are left behind uncharged,

When you're starting your shift looking for a charged up Rover so you can give the freaking 0730 call from a patient who wants Dilaudid......you get the picture!

But overall, I have to say patient interaction has been a joy. I'm not really sure why I left it in the first place. I guess, I had to search and find out for myself what I truly enjoy about nursing.

Making a difference. That's what keeps me charged up. No matter how small it may be. Whether I'm ordering that extra jello that they like on their lunch tray, to educating them more about how to manage they're disease and see they're eyes light up, gives me goosebumps all the time. Dramatic right?

I also thrive on the adrenalin rush!  The burst of  phone calls you receive while trying to hang 4 units of platelets before the 11am surgery, call lights twinkling for that much awaited pain med teaches you how to organize and prioritize to keep em alive till seven oh five!

It's not perfect by all means. I can run into some really challenging situations. But it keeps me grounded. It makes me think. It makes me do better not only for my patient but also for me.

At the end of the day, when my patients look at me and thank me for everything I have done for them, becomes music to my ears. That my friend is good enough for me.

Posted by Chiqui Raveloski at 2:03 PM

Email ThisBlogThis!Share to TwitterShare to FacebookShare to Pinterest
Links to this post
Located Under: Bahala Na, Filipino Nurse In America, Food For The Soul
26 comments:
Older Posts Home
Subscribe to: Posts (Atom)